It's been a little over six months since I started this blog (don't worry I'm not writing this to celebrate any kind of milestone). I'm unhappy about a couple of things:

1. I don't like the template because:
2. I don't like the blog name (Washed Ashore) because:
I've been ignoring this displeasure for some time, thinking I'll like it more when it becomes more populare and I see more people linking to it. It was a friend who brought these thoughts back to me when I showed it to him. He's a computer programmer, web designer, and entrepreneur who owns and runs a web design/hosting/advertising company. He started throwing in ideas for making my blog look better and getting it more out there. He even offered his help if I'm interested in making a change.

Sounds intriguing, but I'm thinking if I'll go for a change, it'll most likely be for as long as this blog is alive, so it better be good. Also, if I go for it, I might as well move to a domain name instead of blogspot.

What do you think? Should I or should I not? If you think I should change, feel free to throw in any suggestions.
Posted by Jandeef at 8:58 AM 8 comments:

NBA Dressed-Up For A Better Image 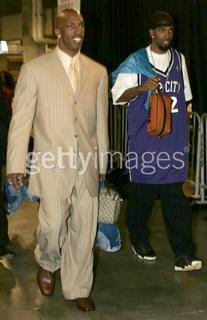 The NBA announced its player dress code. No more baggy pants, jerseys, shorts, sneakers, bling-bling, etc. Only business casual attire. The code gets very specific even about what players must wear on their way from the bus to the arena; a 100-ft distance! In other words, Chauncey won't have a problem adjusting. Rip might.

Obviously, the NBA is trying to rebuild its deteriorating image. More interestingly, the code was agreed upon by all parties: NBA commissioner, team owners, and the players union. I can understand the commissioner and owners' position as they're desparate to improve their teams' image. I'm not sure about the union's position. From the player's stand point, and strictly business speaking, the code reduces their endorsement bargaining power. In the end it's the younger demographic that's buying their jerseys and sneakers. A demographic not very impressed by business suits and leather shoes.

The code concerns me a little in terms of personal freedom of expression. I'm not happy with how "rapper-hip-hopic" the NBA has become; even though some hip-hop doesn't hurt (you can't say Dr. J's afro didn't make it more fun to watch him), but I think the code only suppresses it rather than solve it. Suits didn't stop players from participating in last year's Detroit brawl anyway.

The NBA ought to look at the way players are being recruited. The recently agreed upon age limit will partly help. You can't pay 18 year-olds millions of $$ and expect them not to enjoy it. Also, the great increase in recruiting European players will help improve the image, even though it takes away from the NBA's "dunk" edge. Those players have shown that they care more about the game's fundamentals than what's on off the court. Also, it's either today's coaches are too soft or players are too snobby. More effective discipline is needed. Last year a coach imposed a $10,000 fine on players not wearing suits, and to avoid the hastle, one player wrote a big check to him in advance because he wasn't willing to comply.

On the same day, the NBA launched it's "NBA Cares" charity program. Bad, bad, bad timing for the dress code announcement! which has taken over the news and done enough damage by the players reactions such as Stephen Jackson calling the code racist, and Iverson asking for more money to afford business suits, heh. They could've done PR for "NBA Cares," which is much more sincere and effective in improving an image than a dress code.

In a nutshell, NBA is playing a classic business, PR game in which they're fooling the fans whom they're trying to improve their image to.
----------------
Side Note: Make sure to tune into Michael Jordan's interview on "60 Minutes" on Sunday at 7 pm.
Posted by Jandeef at 9:24 AM 4 comments: 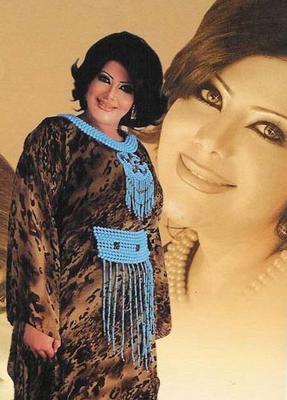 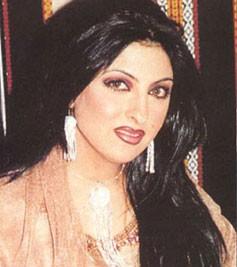 Although the video feature is not very appealing to me, it just agrees with what I said in the last post about Apple's reliance on innovation.
Posted by Jandeef at 3:32 AM 2 comments:

I finally got to see the new iPod Nano. Damn, it's even smaller than what I thought by looking at its pictures. I was fiddling with it in my hand and imagining how different it would be if I had a Nano in the gym or just walking instead of the GIGANTIC 15G that I have.
I always try to avoid walking into the Apple store because with the way their showrooms are set up, add to it excellent customer service, it's hard to resist buying something. And if I manage not to buy, I'd come back to it later. If I still manage, I'd be thinking about it for the next few days, or have serious thoughts of switching to Mac. Like today, all the extensive research I've done on windows-laptops was washed away when I saw the cute, shiny PowerBooks.

Apple's boom started back in 2000 with their flashy, colorful iBooks, and it caught incredible momentum with the iPod. A look at their stock chart is enough to make a correlation. Shares bought 2 years ago (wish I did) have seen a five-fold increase in value now.

I'm in the lab right now, and I'm wondering who is this girl sitting to my left. I've never seen her in our department before. She goes away and comes back to her seat, and I realize this:
It's Larse!
A GUY IN MY CLASS!!!!!!!!!!! Apparently he had a sex change over the summer. S/he is different! Hair, body figure, boobs, 7arakat, etc., except the ugly face was still there.

Unbelievable! We talk and read about sex change all the time and see people who've actually done it, but when you see someone whom you've been seeing on campus almost daily for the past 5 years, it just doesn't sink in very easily. I remember him being very outspoken and opinionated. He even used to write a column in our campus paper. More interestingly, he was a hippie!

Anyway, I'm leaving now. S/he's just distracting, so I'll finish my work at home.
Posted by Jandeef at 12:28 AM 5 comments:

Song of the Week