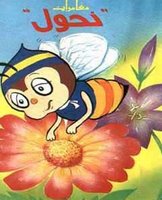 .
I have a cousin that I'll name Bee for anonymoty. He’s one of the closest people to me as we grew up together spending long periods of the time in each others' homes. I’m older than him by 1.5 years. We went to school together. We grew further apart recently after I moved to the US. We weren’t used to keeping in touch by phone or e-mail, so I only get to talk to him occasionally when I call his family or when I bump into him on MSN. However, every time I’m home, our relationship resumes naturally as if there were no interruption.
.
In an e-mail exchange with a friend recently about some random subject, I mentioned his name and I paused for a few seconds thinking “Oh ... it’s been a while since we talked,” and that led to “it’s been a while since we spent quality time together,” which ultimately led to “it’s been a while since we were as we used to be together before I came to the US.” All of that brought quick flashbacks that drew a smile on my face before I continued writing the e-mail.
.
Thinking more deeply, I couldn't recall ever seeing him sad, grumpy, or in a fight or arguement. He's loved by all of my family's demographics, and they all enjoy his company. On top of all of that, he's a very simple person. He doesn't demand any attention to have a positive effect on others around him; just his presence and his natural self would do.
.
I asked myself "does he ever get sad or mad about anything at all?"
.
I hope he doesn't, but it would be hard to believe that it's true all the time. Thus, apparently he's one of those who hide it very well; be it natural or deliberate.
.
I once witnessed a family weeping the passing of their loved-one. There was a woman in her 20's who was reacting rather differently. She was comforting others with a smile on her face and talking positively. I thought she's probably the saddest since everybody else was venting out through screams and tears, while she was weeping from inside. I thought maybe that's the way she's comfortable with being sad, and any other way would add more sadness.
.
Anyway, back to Bee. It struck me that I never looked closely into him. Whether he's really happy and positive 24/7, or he's good at hiding, it's strange that for all these years I've taken his positivity for granted. In the end, I'm glad I finally thought of it and now I have a new definition for Positivity. It's Bee.
.
Looking forward to winter break.
.
Posted by Jandeef at 10:17 PM 9 comments:

I Told You So!

.
Though it is self-gratifying, sometimes you wish you can say it; only you can't because you care about them and you shouldn't be looking to score a point.
.
Hopefully a lesson is learned, and next time somebody listens!
---
.
.
Last night, I found myself in a situation where I was comforting a lonely, terrified, crying young lady. Ironically, I was the victim of that situation, yet I still felt guilty at some times for her being involved in the first place.
.
So ladies, sometimes I can be as rock-hard-headed as you can imagine. Just drop a tear, and I'll give in momentarily.
.
---
.
.
On a separate note ...
.
Through scientific research and historical data,...
.
Marriage was found to be the leading cause for divorce.
.
.
So yeah.
.
Peace.
.
Posted by Jandeef at 2:41 AM 9 comments: 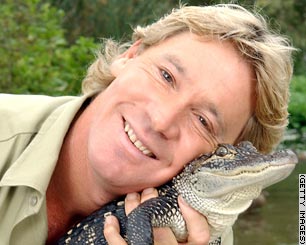 Last November I wrote about being passionate at work, and I gave my best 2 examples as Steve Irwin and Jack Hanna. Well, as you might have already heard the sad news today, Steve Irwin died after getting stung by a stingray barb that went through his chest. He was filming an underwater documentry off of one of Australia's shores.
With him gone, the world has lost an environmental icon, a friend to nature, and a good example to people all around the world. He ended his life doing what he loved to do, and I'm sure he didn't hope for a better closure.

You see; that's the thing about passion. You don't only settle for what's required of you at the minimum, but you have the energy to push things to their limits. Unfortunately, sometimes you miscalculate where those limits are and pay a price as a result.