Put Your Fingers to Good Use 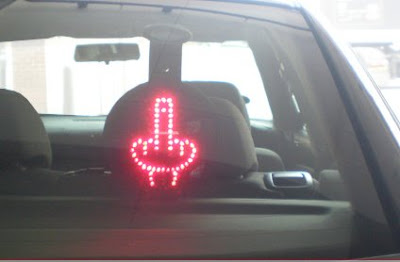 Exactly .. that adds to the pleasure

i assumed the posted picture was a photograph of someone's car in kuwait. as soon as i saw it, i said something i rarely say out loud, "wee umbaih."

i agree with rasheed though; vulgarity doesn't suit you :P~

Ok I'll concede the fact that it doesn't suit me, and that makes it even more relieving :D

hahaha that was funny. I hate too how ppl behave on roads but i blame the ministry for not applying the law. Technology ie road cameras, are an additive to the tools not a replacement!!